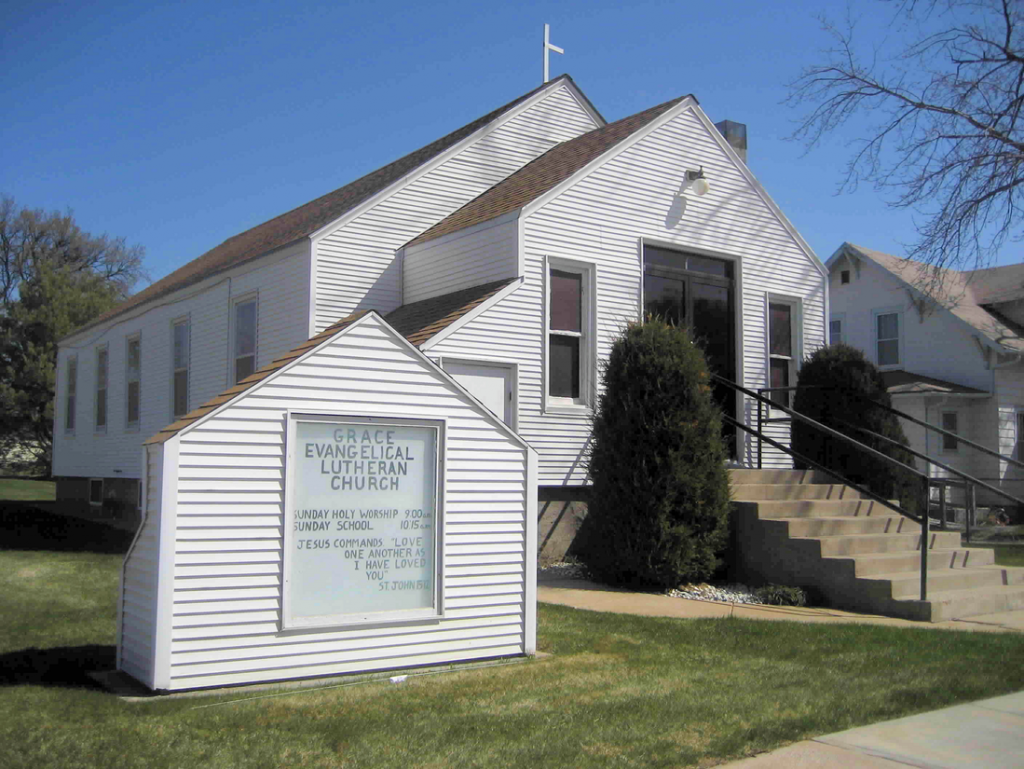 Grace is located at 1302 2nd Street in Chappell, Nebraska. Worship time on Sundays is 9:00 am.

Grace Lutheran Church was built in 1941, previously the congregation met in the Deuel County Courthouse. The church building was dedicated June 27, 1941. Grace Lutheran was yoked with Lodgepole Immanuel Lutheran church, which is now Gloria Dei. One pastor served both churches even though they were 10 miles apart. The ministers were as follows: Munnich, Victor, Moeller. The first marriage ceremony hed in the church was Dec. 28, 1944 of Kenny and Neva Schmid. Neva is still a very active person in the church. After Moeller, students and retired pastors served Grace Lutheran. in 1946, Norman Schroeder came, followed by Schmidt, Meissner, Thiel, Mark and Farmer. A PMA program was started to assist the churches so they had a pastor. Bruce Freeman served Chappell and Judy Gifford served after Freeman. Grace was in the PMA program during the organization of the Tri-County Parish. We were then served by pastors Brenda and Keith Pfeifly, PMA Gifford and Fahholz. After the formation of the Tri-County Parish, Grace was served by Jack and Dawn Coffey, then Sarah Cordray, and Pastor Kathy Montira. Currently Sister Anne Hall and PMA Brenda Tophoj are serving the congregation.